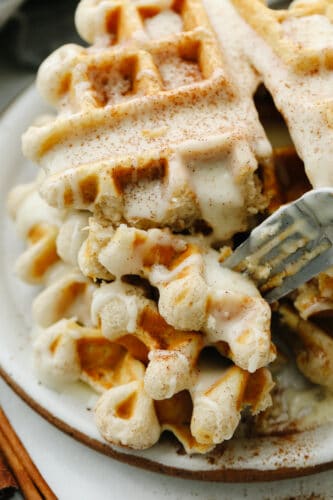 You just can’t beat a delicious cinnamon waffle that is drizzled with a cream cheese glaze! It tastes just like a cinnamon roll in waffle form!

I love anything that tastes like a cinnamon roll! So if you’re like me then you MUST try this Monkey Bread, these amazing Pancakes, or these Cookies!

These cinnamon roll waffles are to die for! I cannot get over their addicting flavor and texture. These are the perfect breakfast for a special occasion! Because let’s be honest… We usually have cold cereal or frozen waffles for breakfast each day! But try these out for a birthday or holiday and everyone will be so excited that you did! In fact, cook up this Breakfast Casserole, these Homemade Breakfast Sausages, and these Apple Streusel Muffins for a brunch to remember!

We just got a new waffle maker and I wanted to try it out with these! The waffles turned out amazing. They have such a crisp outside and a soft and fluffy inside. Plus, the cinnamon flavor in the waffles was perfection! These were just like a cinnamon roll in waffle form. And then you top them with that homemade cream cheese glaze! Well, let’s just say that you can’t get me to stop at just one!

You are going to be shocked when I tell you that you probably already have all of these ingredients in your kitchen! This makes it a no-brainer to try these out now! See the recipe card below for a list of exact ingredient measurements.

These cinnamon roll waffles will be done in about 25 minutes! So cook them up for breakfast, brunch, or even dinner! They are amazing!

If you want these cinnamon roll waffles to turn out just perfect, I have some tips for you! They are so simple and easy but make the biggest difference!

These cinnamon roll waffles are perfect as is! But if you start to cook them up as much as I do, then you may want to add things in just to mix things up a little bit. Here are a few things that you could try!

How to Store Leftovers

These cinnamon roll waffles are fantastic for freezing and saving for later! So, go ahead and eat all that you want now. In fact, you should just double the recipe while you are at it! The leftovers that come from this are SOO GOOD!

I absolutely love waffles. You can have them for any meal and top them with anything from sweet to savory and they are absolutely amazing! Here are a few more waffle recipes that I love! They are all a little uniques and are a twist on your regular waffle. This is why I love them! Try one or try them all. Your family is going to go crazy over them! 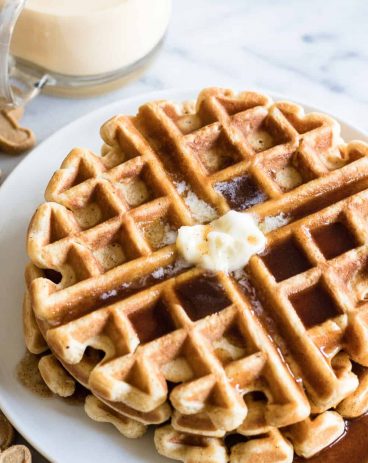 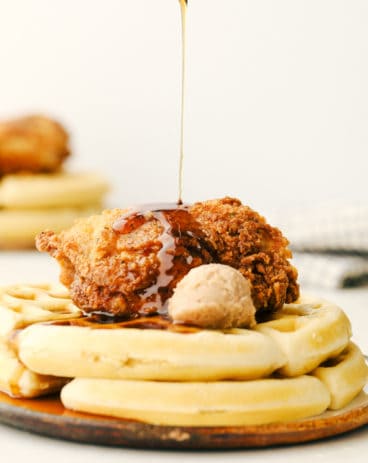 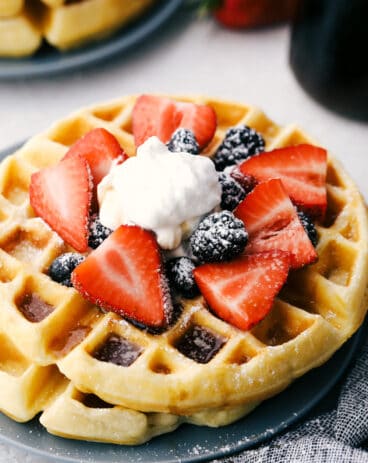 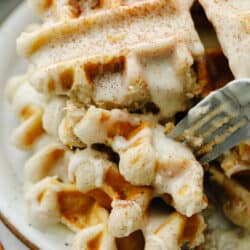 For the cream cheese glaze: