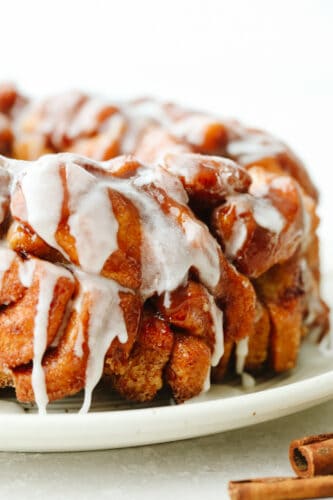 Cinnamon roll monkey bread is the easiest pull-apart dessert! It is amazingly soft, warm, and layered in decadent icing.

Monkey bread is a favorite in my family with how ooey-gooey and soft it is. Try out my traditional caramel monkey bread, pumpkin sweet potato bread, and cinnamon apple bread for more warm, sweet goodness that your family will go crazy over!

This incredibly easy dessert is every cinnamon roll lover’s dream! It’s perfect for events, parties, holidays, and also the midnight sweet treat craving. With less than 20 minutes of prep and super simple ingredients, there is no reason not to make this indulgent treat! In this recipe, we use prepackaged cinnamon rolls as a base to make your life a little easier. No need to make homemade icing either! I just scoop out the prepackaged icing, heat it up, and drizzle it on top. It’s so easy but so extremely delicious! However, what is really going to enhance this recipe is the cinnamon sugar butter mixture that we pour on top of the rolls to achieve maximum sweet, ooey-gooeyness.

The added cinnamon sugar really makes this cinnamon roll monkey bread pop. This is a dessert that my family always requests; they say it tastes better than traditional cinnamon rolls! It always gets eaten so quickly, and for good reason! You are going to love how soft, warm, sweet, and perfectly spiced the end result is. Honestly, you won’t want to make cinnamon rolls any other way! And if this isn’t enough to satisfy your cinnamon sugar craving, cinnamon sugar rhubarb cake, churro cheesecake, and snickerdoodle bars are other favorites of mine that you should most definitely try!

What You Need to Make Cinnamon Roll Monkey Bread

You can level up store-bought cinnamon rolls with just a few extra pantry staples! With simple ingredients like cinnamon, sugar, and butter, no grocery trip is needed to make this soft, decadent bread! Measurements for each ingredient can be found below in the recipe card.

Making cinnamon roll monkey bread is as easy as it gets. This is the perfect dessert for busy moms! You are going to love the end result. It is so perfectly soft, warm, and cinnamony! Additionally, it makes your kitchen smell incredible which is an added perk.

This dessert is a tasty twist on traditional monkey bread! It is also quick and easy, especially since we use premade cinnamon rolls. The end result is anything but ordinary and has the crave-worthy cinnamon flavor you will love. With these easy tips and tricks, you can take your bread to the next level!

How to Store Your Cinnamon Roll Monkey Bread

This monkey bread is best enjoyed fresh out of the oven, but you can store and enjoy it for a few days after! I like to pop leftover monkey bread in the microwave for 10-15 seconds to get that perfect, warm texture.

Soft, sweet, and perfectly twisted, it is hard to beat the flavor and texture of a cinnamon roll. Here are more delicious varieties on this classic, beloved treat! They are all super easy to make and have the most incredible flavor. I know you will love them! It’s always fun to try a new twist on a traditional dessert. 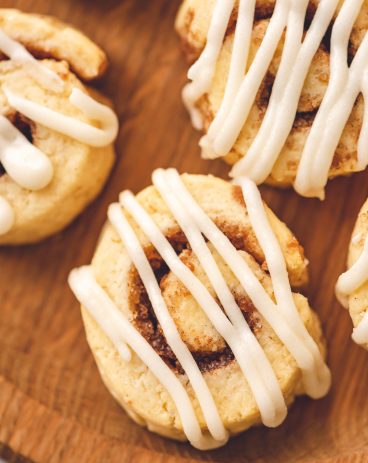 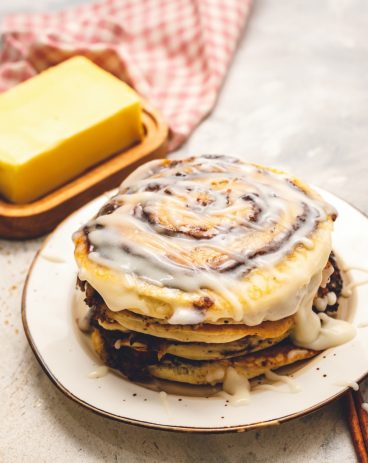 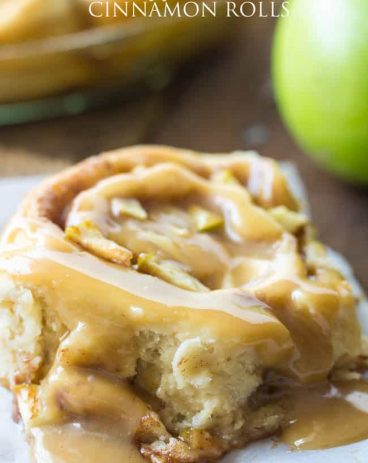 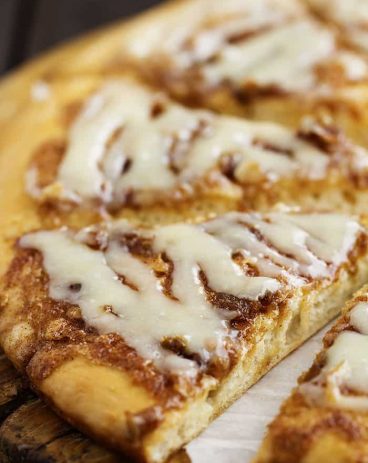 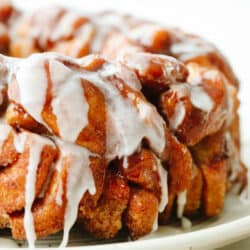